How To make Your Own Google Cardboard Virtual Reality Headset

How To make Your Own Google Cardboard Virtual Reality Headset

Google started building virtual reality headset using cardboard papers recently which have caught the attention of many due to the materials being used and the affordability of the built cardboard VR headset when compared to the likes of Oculus Rift and the Sony project Morpheus.
The cardboard VR headset is simple to make and for those that will want to just save themselves the stress of making one, you can buy the unit for as low as $10 in various online stores.
For builders, you will need the following items:
1. Cardboard
Use the corrugated E-flute cardboard sheet for the viewer. Flute thickness should not be less than 0.06” (1.5mm), otherwise the viewer itself will become unstable. This typically manifests in bending when opening/closing the top flap. For Cardboard envelope assembly (best for die cutting), use at least 24” x 30” sheets.
2. Lenses
Use the 45mm focal distance lenses. Asymmetric biconvex lenses work best as they prevent distortion around the edges. The exact specification of lenses used in Google Cardboard can be found in the cardboard_design_v1.1.zip template collection.
3. Magnets
Use a neodymium ring magnet (at least NH35 grade) as a Cardboard outside trigger.Ring magnet’s dimensions are 0.740” x 0.105”. Use a ceramic disk magnet for Cardboard inside (0.701” x 0.197”). Make sure to glue the ceramic disk magnet in place, otherwise the whole magnet pair comes off easily and becomes a swallowing risk.
4. NFC tags & QR codes
If you’re creating a viewer using our recommended lenses (with the same optical parameters): Use one sticker NFC tag, with 454 or more bytes of reprogrammable message memory. Program it with the URL cardboard://v1.0.0. Place the NFC tag on the side or bottom of the viewer. Do not place the tag inside the viewer flap, as some phones may not be able to handle the tag in this location.
5. Miscellaneous Parts (Velcros, stickers and rubber bands)
Use two strips of regular strength adhesive-backed velcro. Approximate size: 0.75” x 1.25” (20mm x 30mm). Make sure that the adhesive is sufficiently strong not to unstick from the cardboard top over time, as they’ll be getting a lot of usage.
Similarly, make sure to use a strong adhesive sticker on the magnet side. This is what holds the whole assembly together, and it tends to unstick over time. Use the rubber band to prevent the phone from sliding out. It is enough for the rubber band to be wrapped around the bottom of the viewer and touch the bottom of the phone - it does not need to be wrapped around the box.
6. Prints
If you print assembly instructions on both sides of the cardboard, be careful of the alignment between the two sides. Leave sufficient margins (1/4” - 1/8”) between the print patterns and the die-cut lines. 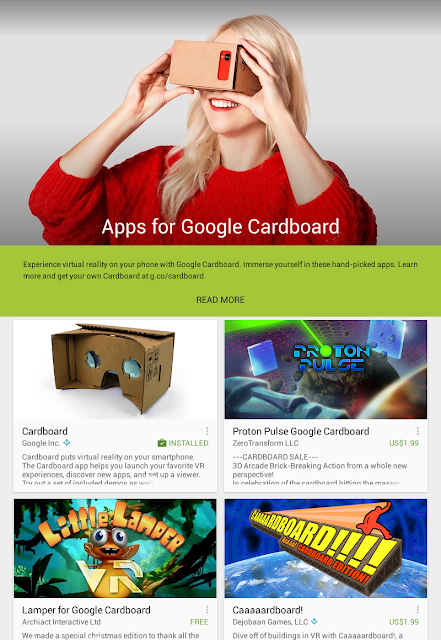 Also, you need an Android smartphone with NFC chip inside to use the Google Cardboard VR headset with. 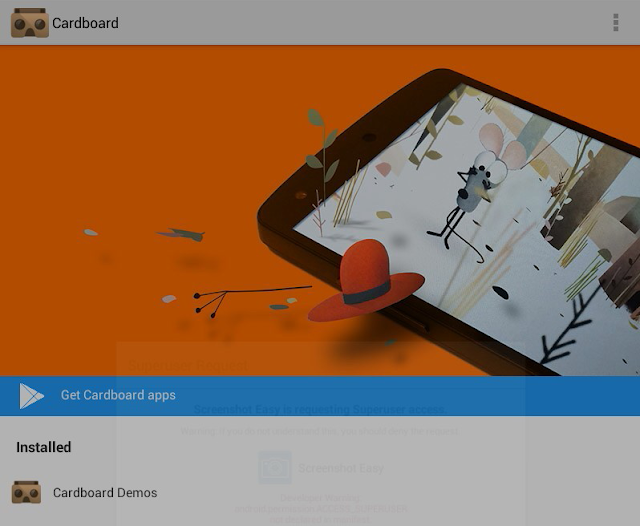 Websites to purchase your cardboard VR headset can be found here.
What are your thoughts about this? Do you think its superior enough to do battle with the likes of Oculus Rift VR headset and Sony's project Morpheus VR headset? Drop comments below.
Like our Facebook page and follow us on Twitter for more smartphone news.

Related : How To make Your Own Google Cardboard Virtual Reality Headset