Home » Unlabelled » How I Rose To The Occasion

How I Rose To The Occasion

How I Rose To The Occasion

I met a friend from school last evening, and she told me how amazed she was at all the things I've been doing lately. Her compliment made me reflect on my past, and I realized how far I've come today.

I used to be a bookworm who finished her homework or read novels during the sports period. I was terrible at running. To add to that, I had asthmatic bronchitis which did not allow me to do any strenuous activity for more than a few seconds. In fact, I would have to rest for some time after climbing a flight of stairs. I would be breathless after just a few metres of running. Such was my physical stamina and respiratory health!

Fast forward to 2014. Today, I'm one of the fastest women in my office and amongst my friend circles. I always keep an eye out for any long distance running event in my city. When I start, I hit the ground running... and finish with a sprint! This transformation did not happen by a miracle. I fought my fears and geared up to face the biggest thing that had always tormented me!

When I was in school, I was literally scared of asthma. I had had horrible sleepless nights when I would sit crouched and try to breath with a lot of difficulty. The inhaler was my 24*7 companion. I would shudder at the images of marathoners striding across tarred roads. But I told myself one day, "I have to conquer this disease!"

When I reached 12th class, I started walking daily in the mornings. That served my lungs very well. The fresh oxygen of the mornings was free of vehicle exhaust. I realized I actually loved brisk walking! In a few months, I would break into a run after a few miles of walking. When other walkers at the park asked me why I ran, I'd tell them I was preparing for a marathon. I never actually registered for any marathon. But deep down in my heart, I knew I would someday.

I ran my first long distance run at Pinkathon 2013. I only ran 3k which can hardly be called long distance. But that was the first step. There was no looking back! I gradually ran 7k, then 10k and 10.5k. You will be startled to learn that I am writing this post right after returning from a 10k run at the Pinkathon 2014. I have run in winters and also in the summer when the sun was burning my back. I have run on flat, tarred roads, and also in the middle of a forest with rocks and mud for a road. I have run with the rain pouring down on me and with dogs chasing after me. And from 2015, I will be running half marathons for the first time in my life! 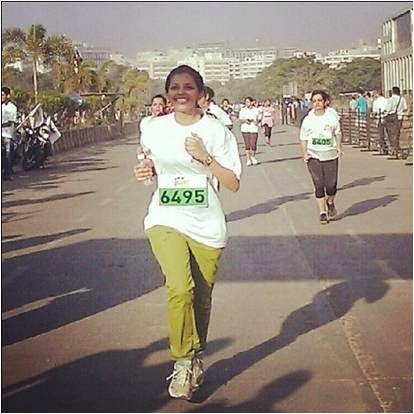 My journey will never be over. My goals keep increasing as I reach each of the ones I've set for me. I dream of running the full marathon, then ultra marathons, and perhaps a 100k run someday. I also yearn to participate in triathlons - the ultimate test of a complete athlete! It's okay to be scared. It's okay to have fears. But it's not okay to give up. For only when we try do we taste success! Let's draw some inspiration from these three adventure enthusiasts in this video:-
https://www.facebook.com/mountaindewindia

A few of our information about the How I Rose To The Occasion, hopefully give more knowledge for you
You have finished reading How I Rose To The Occasion and many articles about Techno News in our blog this, please read it. and url link of this article is https://ikkemunandar.blogspot.com/2014/12/how-i-rose-to-occasion.html Hopefully discussion articles on provide more knowledge about the world of new tech gadgets and Techno News.

Related : How I Rose To The Occasion