RATP highlights digital and promises 3G and 4G everywhere in 2016

RATP highlights digital and promises 3G and 4G everywhere in 2016 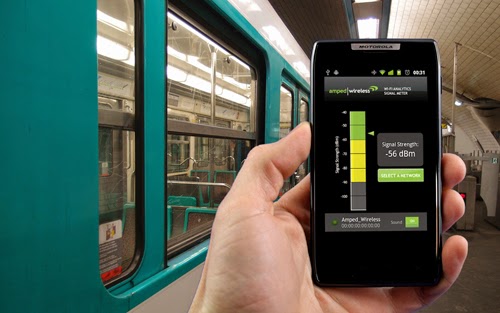 RATP has announced a series of innovations in services, the new uniform its agents signage through LED lighting. Much of the news presented (PDF) yesterday by CEO Pierre Mongin focus on digital, whether equipment or agents of traveler information services.
3G and 4G in particular will help "make time to useful transport", a leitmotif in the presentation of the governed. SFR, Bouygues Telecom and Orange (the signature of the latter was announced in December 2013) signed an agreement with the RATP, said it to gradually deploy 4G and 3G + in the metro and RER.
170 stations connected by 2015

By 2015, reiterates the authority which had already announced the end of 2013, 170 stations on the network will be connected, "and offering a mobile internet 75% of travelers RATP network. The entire network will be equipped with the RATP 2016. "
"As and when deployed and put into service operators, customers RATP subscribers offers SFR, Bouygues Telecom and Orange and having compatible equipment can take advantage of 3G +, H + and 4G (depending on supply) in all stations and underground stations RATP network, as well as trains. "
The enriched RATP Application
The RATP Application (iPhone and Android) is already "in the ranking of category free travel applications", welcomes Paris governed (in January 2013, a blogger considered a Parisian Android owner has installed this on two app).
Since it allows its smartphone to search for a route to be informed of traffic conditions etc.. and enriches this new functionality.
Ergonomics has been reviewed, "starting with the home page that is customizable by the user, so it will choose the times in real time of his favorite lines and see at a glance the search. itineraries is now available from the home page. geolocation can inquire directly on its station, its location and a destination. "
A new feature, "Around me," says exit numbers, viewed on the map. "After clicking on the pictogram of the network, real-time schedules are available for all modes of transport near the station."
Another improvement, the Twitter accounts of each line metro, RER and tramway are now integrated into the application.
Mobile equipment agents
6,000 agents in touch with customers in stations and stations will be staffed from September digital mini-tablets or smartphones as trades for continuous information in real time and inform users.
RATP stresses they will have it for consumer applications (RATP, visit Paris subway, I love my line ...), but also business applications. "For example, the agents know the traffic in real time, track maintenance / servicing of equipment (escalators ... etc.)."
Tested CDG Etoile touchscreen
A new touchscreen, called Zenway, is experienced in Hoche room of the Charles-de-Gaulle-Etoile station. It provides information on, among other nearby transport (RATP, SNCF and Optile), the next bus in real time, the route search, the proximity information (maps, hotels, restaurants etc..).
This screen is developed by Ixxi , a subsidiary of RATP group created there four years. Its mission is "to develop innovative mobility aid solutions, particularly in the areas of ticketing and passenger information." If successful, said a representative of Ixxi Parisien , "hopefully next year deployment in thirty stations, probably the most popular."
RATP also recalls its increasing use of social networks. After you have created Twitter accounts for each of its lines, the control is arrived on Facebook in September.