F8 conference had not been held since 2011, as saying that the event was highly anticipated. By developers, who this event is primarily intended, but also by the market because it is at the F8 Mark Zuckerberg announced new features and new directions of the platform. This 2014 edition is no exception to the rule ...
If one were to summarize in a few words F8 in 2014, they would probably be: mobile, monetization, and stability. Facebook now derives 59% of its revenue from mobile. But as Mark said, "Mobile is complicated, there are at least four different platforms to take into account" .
Facebook is on a mission to simplify it and emerge as a common denominator to all platforms.Logic to Facebook Connect Suite, launched in May 2008, and is now used in 80% of mobile applications to create a profile. Incidentally, Facebook also mission is to simplify the exchange of information between applications, and address a major problem faced by many developers: "changing" nature of the API. 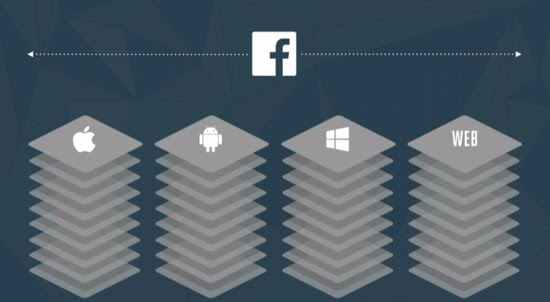 Now guarantees its new Facebook API for 2 years. Developers will be able to build applications using the Facebook API without having to risk everything again six months later because everything has changed. No doubt that the acquisition of Parse last year led to significant advances on this topic. 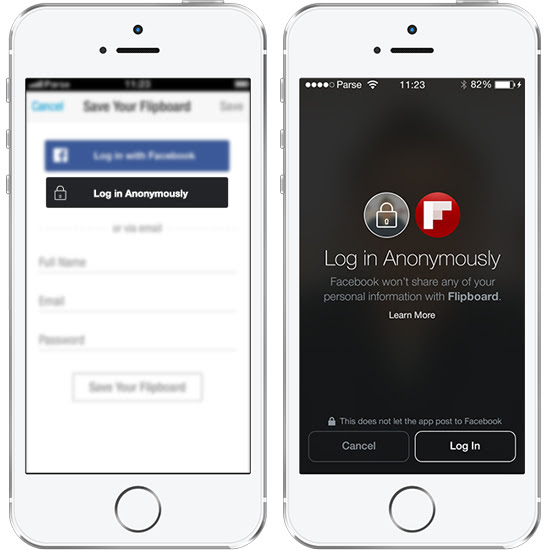 These two videos will give you a better idea on these two points:

Note that, for developers, Facebook has already updated its various SDK: iOS , Android ,Javascript and PHP . An overhaul of Parse is also announced with new tariffs and offline mode. I will not dwell here on this issue, but interested developers can go for a ride on this page to learn a little more.
Facebook has also benefited from the F8 to announce Fbstart , an accompanying program to startups, to help developers by providing access to packs, depending on the development stage of your startup: "bootstrap" to accompany sartups which are in their infancy, and "accelerate" for startups who've a service that met with some success and that the problem is growing as quickly as possible by exceeding the critical mass. All details on this program are available on a dedicated page set up for the occasion.

All F8 has a lot of new features revealed, new buttons, etc.. This 2014 edition is no exception to the rule. Facebook ads and Message Dialog , a simple way to share via Facebook Messenger content within applications.
From a purely marketing standpoint, this is a very interesting feature that may affect users with qualified content in a very personal environment (their instant messaging).
Let us be clear, it is not a question to allow application spamming user instant messaging, but facilitated the sharing of content between different applications users through Facebook Messenger. 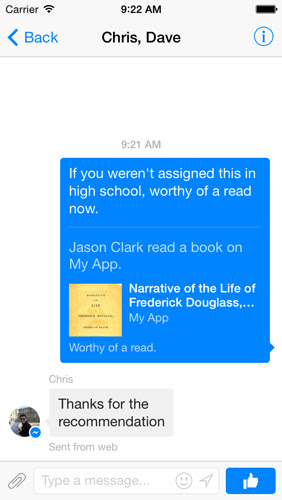 Reserved for the moment iOS, the new specific mobile Like button provides a much easier experience when it comes to offer this type of interaction in an application. This is to take advantage of deep integration of Facebook into iOS and Facebook Connect to eliminate friction in applications and provide additional value in use. Be careful, as stated this page reserved for developers, this new feature is in beta and is not yet available for use in production.
Another feature in beta Send to Mobile is particularly suitable for service publishers who own a mobile application and a website. This is when the connection to the web service via Facebook Connect - to provide a notification that will allow the user to install the application of the same service on mobile. Simple and effective. An example with Rdio: 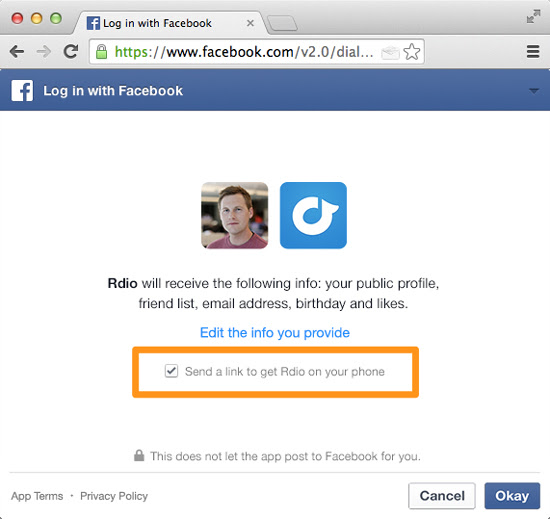 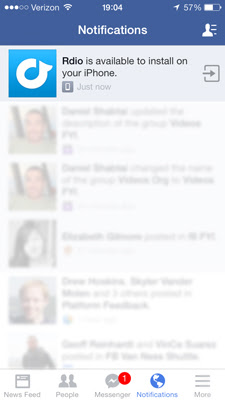 This is one of the most important announcements of this F8 2014. Facebook Audience Network (FAN), the advertising network Facebook becomes mobile. You saw the contours emerge in January , is now a reality. Facebook ads can therefore now be on mobile, the mobile version of a web page or in an application: 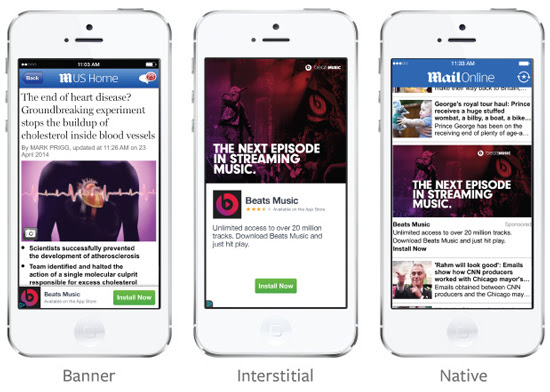 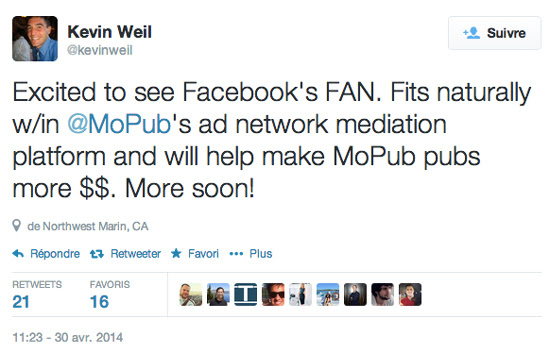 Remember, MoPub acquired by Twitter last year is not really a mobile ad network but allows the aggregation of mobile advertising networks on the market, such as iAds (Apple) or AdMob (Google). All signals are green for Facebook Audience Network join existing networks supported by MoPub. Publish in Twitter a Facebook advertising, a dream that could become reality! Facebook Audience Network is a veritable cash machine power for Facebook. No doubt that the platform will redouble efforts to offer new experiences on its advertising network.
Less exciting, but equally useful, Facebook also announced at the F8 recast App Insights , the statistics table for edge applications. It is now possible to segment by OS, by equipment type, by country, language ...
Finally, a redesign of the Wiki is also announced. Application vendors can add videos from submitting their applications.

Structured around three thematic Build, Grow, Monetize, this 2014 edition of F8 was full of ads and clear - if it was still necessary to prove - Mobile turn Facebook. Efforts in this field since 2 years are simply impressive.
It will be interesting to watch as all his ads will take shape within products (mobile or web applications) in the coming months and how the stability advocated repeatedly by Mark Zuckerberg during his keynote taking shape every day. In the meantime, please note on your calendars the next edition of the F8 conference, which officially became the passage Annual: March 25, 2015.

Information about the Facebook F8: What to remember has been discussed

A few of our information about the Facebook F8: What to remember, hopefully give more knowledge for you
You have finished reading Facebook F8: What to remember and many articles about Techno News in our blog this, please read it. and url link of this article is https://ikkemunandar.blogspot.com/2014/05/facebook-f8-what-to-remember.html Hopefully discussion articles on provide more knowledge about the world of new tech gadgets and Techno News.