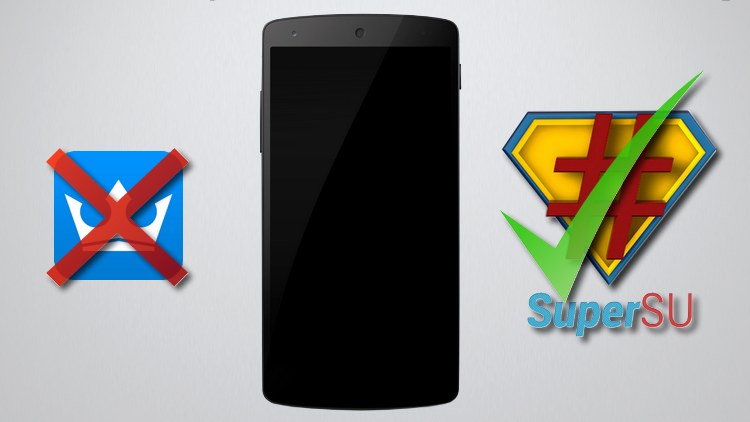 Since Kingroot is not liked by many people and is a kind of unknown app, people don’t trust that app. Hence, not able to trust becomes one important reason why people want to remove or get rid of the kingroot (KingUser). Decided to shift from Kingroot’s KingUser to SuperSu? Well, there are different ways of replacing Kingroot (KingUser) with SuperSU, Let’s begin with different methods one by one.

This is one of the most easiest way to shift from KingRoot’s KingUser to SuperSU. However, this method doesn’t work with many devices, in case you are not able to replace KingUser with SuperSU, you can simply follow the Method 2. For those who haven’t tried, Follow the easy steps listed below to remove KingRoot’s KingUser and replace it with SuperSU.
However, if the steps in the above method didn’t work for you, you don’t have to worry much and head towards the next method listed below, which works for most of the devices.

This method works for almost all the android devices and works the best, However, it requires some decent skills to follow the instructions and copy the commands listed below into the Terminal app.
The link of the script which is shared below works without a computer system/PC, Hence the steps I’m listing below won’t require a computer PC. So are you ready?

This download section has the download links to the files or apps you will require to complete the below listed steps. Ready to shift from KingUser to SuperSU? What are you waiting for? lets begin.

Steps to Replace KingUser with SuperSU?

Step 1: Extract the Replace_Kinguser_with_SuperSU ZIP File & Transfer the extracted version to Internal storage of device.
Install the Terminal app for Android and extract the Replace_Kinguser_with_SuperSU file and after extracting the Replace_Kinguser_with_supersu file transfer the “Extracted Folder – MRW” to outermost directory in the internal storage.
Step 2: Open Terminal Android App & Write the Following commands in the Android Terminal.
Open the terminal android app type the command “SU” in the terminal, after writing the SU in terminal, you will be prompted with the message box asking you to deny/grant the functions. Granting permission will help you remove the kinguser on your Laptop.
After granting permissions you will have to type one single line of code, The other command will be:
After writing the above command, it might show some error, but ignore that error, it will automatically launch SuperSU, in case it doesn’t manually open SuperSU.
Once done, Restart your smartphone and you will see that SuperSU works flawlessly on your Smartphone. That’s all, you’ve successfully replaced KingRoot’s KingUser with Chainfire’s SuperSU.

Information about the Replace Kingroot with SuperSU has been discussed

A few of our information about the Replace Kingroot with SuperSU, hopefully give more knowledge for you
You have finished reading Replace Kingroot with SuperSU and many articles about Techno News in our blog this, please read it. and url link of this article is https://ikkemunandar.blogspot.com/2016/08/replace-kingroot-with-supersu.html Hopefully discussion articles on provide more knowledge about the world of new tech gadgets and Techno News.