A team of scientists in America have invented a new type of condom that is capable of killing the HIV virus while enhancing pleasure. 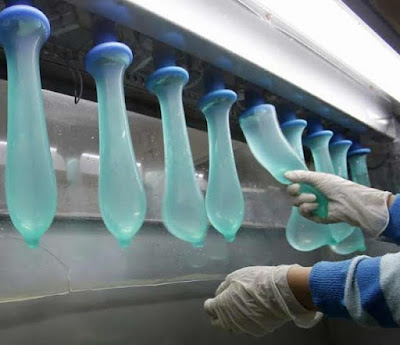 A new hydrogel-based condom that contains antioxidants has been invented by a team of USn-American scientists at the Texas A&M University Health Science Center.

It was gathered that not only does it contain plant-based antioxidants, which kills the HIV-virus in case of condom breakage but it also uses antioxidants to enhance pleasure.

"We are not only making a novel material for condoms to prevent the HIV infection, but we are also aiming to eradicate this infection if possible. Supercondom could help fight against HIV infection and may as well prevent unwanted pregnancy or sexually transmitted diseases. If we succeed, it will revolutionize the HIV prevention initiative"

Choudhury, the lead researcher and assistant professor at the Texas A&M Health Science Center's Irma Lerma Rangel College of Pharmacy, said the researchers hope to test the condom within the next six months and then get it released for general usage.