While several months to go before the release of the Galaxy S6 should, against all odds, to his arrival in early March, at the MWC 2015, a new device that is stamped with the Samsung SM-G925F reference has just appeared on the AnTuTu benchmark tool, revealing a decidedly upscale data sheet.

As revealed SamMobile last month, when it was discovered that the Galaxy S6 was being developed under the code name Project Zero , the SM-G925F model number refers to the European version of the device. Yet amazingly enough, it's a octo core Exynos processor 7 Octa 7420 we find on board, accompanied by an ARM Mali-T760 GPU and 3GB of RAM.

But do not draw hasty conclusions, that does not mean that the Exynos model will replace the Snapdragon version on the European market, because it is also quite possible that Samsung is testing prototypes with its own Soc in Until that Qualcomm is ready.


For the screen, we pass on a 5.5-inch format defintion Quad HD 2560 x 1440 pixels, which seems quite plausible, given the current and future competition, while the main camera sensor would increase from 16 to 20 Megapixels. The front camera would, in turn, to 5 megapixels. A trend that is spreading more and more among manufacturers.

Here are the specifications of the SM-G925F, according AnTuTu: 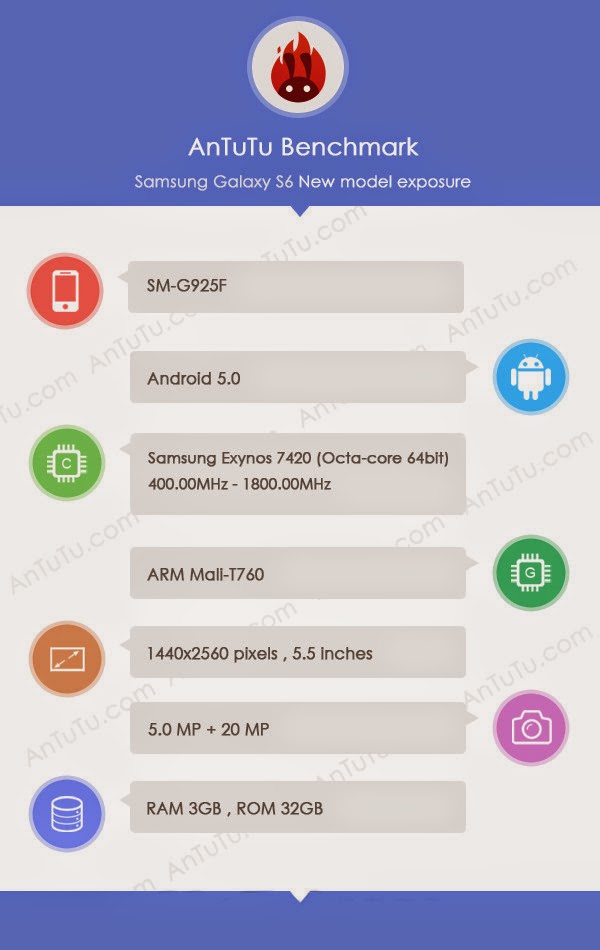