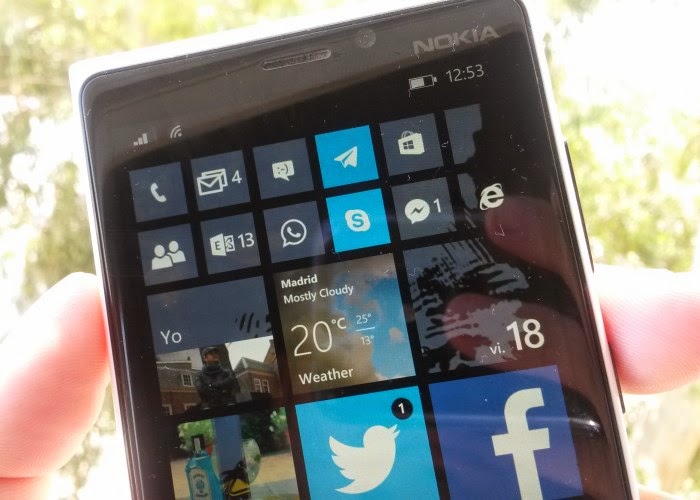 Now that two weeks ago has launched Windows Phone 8.1 Preview , and since you commented in detail much of the news, we believe it is necessary to conduct a review of everything we have seen and learned of this new version of the operating system. To do this we will build on the tutorials already published and many of you have read it, but sure many other readers.

The first thing is to know what to do to be able to try Windows Phone 8.1 Preview . So, you know I need a special account, but that has no cost , and install a program in the terminal. With a few steps, you can be enjoying the Preview version. But yes, keep in mind that is not an official update from the manufacturer , so someone can be a problem. For example, we know that the Samsung ATIV S Camera problems exist, and Huawei is not possible or install. For Nokia have not heard major problems, but some cases of high battery consumption that some readers have managed to solve some advice, and we hope that Nokia has entirely cleared its official deployment.

It is one of the sections where Windows Phone 8.1 has a more exciting update. So with this version have reached the three columns of Tiles for all terminals, taking the size it is. Some people seem too small, others love it, but what good is that has reached all phones and everyone can try. In Metro WinPhone we've explained how to configure them.
On the other hand, it is now possible to set the background of Tiles in the Home. Not the same background settings that some expected, but really, the effect created is more than striking andgenerates a touch of class . Of course, we explain how Metro WinPhone set.

Another new star has been the inclusion of Notification Center in this version of Windows Phone. Thus, it is now possible to have total control , and we can set the tone, if we notice, whether or not vibrate if the message is displayed, etc.. The best part is compatible with Live Tiles can remove notifications and leave the Live Tiles as before without saturating the notification center.
Moreover, the same menu has come another very requested new feature: quick actions . Allowing 4 or 5 shares set at hand at all times. Even though the screen is locked .

It's a shame that it still in Spanish, because it sure would enjoy and admire how she is learning every day. But it's normal, that technology will launch in the native language to perfect and develop it for other languages ​​later.
Anyway, if you want to try Cortana in English , try to follow this tutorial:

Windows Phone features achieve exceptional performance in low-end terminals. And in that range, the use of the SD card is usually quite important. Thus, already in Windows Phone 8 could use for photos, videos, music and more. But now with Windows Phone 8.1 has gone a step further: you can install applications on the SD card .

We continue with the latest news, and in this case, we know that now is the keyboard with stand swype to Windows Phone and is proud to be one of the best of all platforms. No need tutorial or anything, since it is not necessary to activate it (if it enabled the predictive keyboard) and use it directly.
But still, you've missed any key on your keyboard new Windows Phone 8.1, as well now can not find the point . Well, we tell you how to recover it.

Another important aspect of any mobile is the battery management. So Windows Phone 8.1 brings the section on battery saving improved, and allow us to see the consumption per application plus to block background applications. 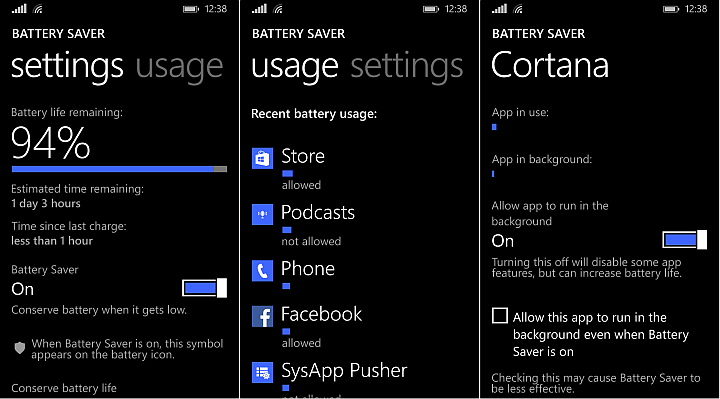 Another aspect has been touched up a list of calls and the incorporation of the speed dial . It is not that there is really missed, but certainly many people will be helpful to have your contacts handy.

The app store has also been changed both aesthetically and in its functionality . Now applications are better, and their details. Also accede easily to record installed applications and ability to have automatic updates (even setting that is updated only via WI-Fi). 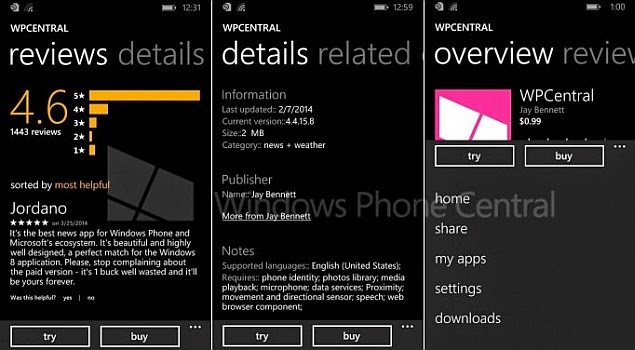 Even something as basic as capture screen has changed in Windows Phone 8.1 , as this version of the operating system stops forcing terminals have keys for Home, Back, Search. So, you want to know how to do now to capture the screen?

Microsoft is unifying increasingly mobile and desktop operating systems is a fact. So every time we have the same functions on each platform and arriving at a new, soon comes to another platform. For example, Windows 8.1 came with an advanced search by blending local data with data obtained through Bing. Same thing happened with Windows Phone 8.1, where now we can also look inside the device .

And if all this does not convince you, or have insurmountable problems, provided you can go back to Windows Phone 8 .'s not easy, but possible. Therefore we have prepared a tutorial for operation is the Nokia Lumia.

We expect all these tutorials and have served to aid you know better the new operating system and enjoy its new features . We know that some sections are as applying Podcast or Internet Explorer 11 to fund, but we understand more of the applications discussed below.
Anyway, if you consider or need to talk about any particular section, please solicitousness to prepare them in the comments.

Information about the Meet the new Windows Phone 8.1 depth has been discussed

A few of our information about the Meet the new Windows Phone 8.1 depth, hopefully give more knowledge for you
You have finished reading Meet the new Windows Phone 8.1 depth and many articles about Techno News in our blog this, please read it. and url link of this article is https://ikkemunandar.blogspot.com/2014/05/meet-new-windows-phone-81-depth.html Hopefully discussion articles on provide more knowledge about the world of new tech gadgets and Techno News.