Cloud responsible for delivering data hosted outside the United States

Cloud responsible for delivering data hosted outside the United States 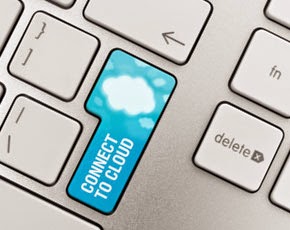 In the wake of Edward Snowden revelations about the extent of U.S. spying in the world, major companies have against Web-sued and sometimes technically: Google, Microsoft etc.. have asked, sometimes together , courts the right to communicate about what they are asked by the intelligence services and police, and some have begun to offer accommodation outside American soil . History overcome the dreaded leak customers.
These providers come to wipe a negative judgment on behalf of the U.S. government, said federal Judge James Francis, New York ( judgment in PDF ), American Internet services, web hosting and email, may be required transmit data hosted elsewhere.
Data hosted in Dublin

In this case, Microsoft refused to disclose the contents of e-mails from one of its users, whose data were in a server in Ireland, Dublin, and not on American soil. He was asked in particular, the judgment sets out the content of all messages stored in the account, such as those received sent the contact list, all other identifying information, including name, physical address, telephone phone, the dates and duration of sessions, the IP address of account creation, those sessions, etc..
Before Microsoft's refusal to supply in the present case, data after finding they were located outside the United States, the judge indicates that Internet providers (ISP) are governed by the Electronic Communications Privacy Act (ECPA) of 1986. And it provides its legal analysis, that of the virtual nature of the accommodation, which is not a physical home, ISPs are not limited in the case of a warrant by national borders . "What determines the production of documents is control, not the location," cites the judge (the text does not specify which department or agency has requested the data in question).
Providers can be objected to concerned customers that it is only in cases of criminal investigations that such mandates are produced - and Microsoft has also announced its intention to appeal the judgment of New York. But pending a possible appeal jurisprudence contrary, we can only see once again that U.S. does definitely not stop at their borders.