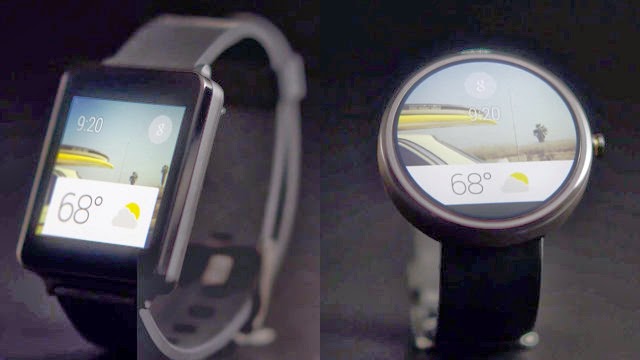 Google Just Revealed The First Decent Smartwatch Interface || Amazing Android Wear
Which is more convenient for Users?
This is one of the major problem which always eager to man to work for new things so technology also reveal new and most convenient things for users. As http://ikkemunandar.blogspot.com /2013/11/google-microsoft-blocks-searches.html" target="_blank">Google don't need any intro because of its such a great work in the world of technology and without Google name a space occur in the field of computer science. With passage of time Google works many new and latest http://ikkemunandar.blogspot.com /2014/02/why-womens-are-not-interested-in.html" target="_blank">technology like Google Glass and Google always try to make more Intelligent system than anyone else. So now a new amazing and most awesome thing which Google revealed its new video on http://ikkemunandar.blogspot.com /2013/09/top-5-most-watched-songs-videos-on.html" target="_blank">Youtube is SmartWatch.

Google Gem Nexus SmartWatch Kit Kat Android 4.4
Before this video Wrist watch is just for time but now you can perform all your routine works with this watch because its not just watch its Smartwatch.
So, New video from Google on Youtube GOOGLE HAS REVEALED THEIR INTERFACE FOR THEIR UPCOMING ANDROID WEAR WATCHES and its future proof that Google has figured out how to scale their experience.
Below video is Google’s new interface for Android Wear which connects an Android smartphone to a watch to bring Google to your wrist. So now whats you looking for ???
Now one question surely click in your mind and that is
What exactly is Google on your wrist?
What does it tell you?
How do you control it?
Stop stop stop don't think so much because After watching below YouTube Video, you’ll see that Google answered all the above questions.
The Android watch becomes a mostly passive interface for the user, which has information available at a glance, from local weather conditions, to text messages you have been sent, to the taxi pulling up in front of you. As you may have seen many Smart watches from different companies like http://ikkemunandar.blogspot.com /2013/08/how-to-get-samsung-galaxy-s4-features.html" target="_blank">Samsung, http://ikkemunandar.blogspot.com /2013/07/how-to-root-sony-xperia-sola-mt27i.html" target="_blank">Sony but the point is they don’t actually change communication paradigms as much as they strap a smaller smartphone to your wrist, sending a few push notifications like SMS.
But Android Wear still enables voice and gesture same like in the Google Glass headset.
The main focus on the taps and speech is to miss the real potential in Android Wear:
As several key features have been announced but fitness is a key component. Google also says that you'll be able to get "real-time speed, distance and time information on your wrist and its most convenient as you run on cycle or walk. simply, that means Google Maps will be built in so that you'll be able to get directions directly from your wrist. 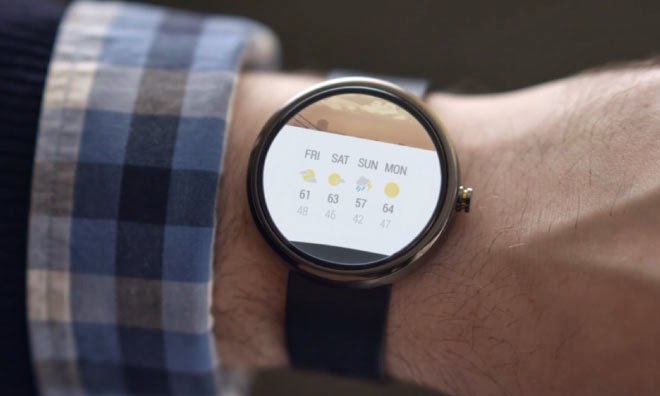 Amazing Android Wear
Two comparing scenarios:
In 1st scenario, you have a Yelp app on your wrist where you tap the icon. It loads restaurants near you and if you tap again to select your restaurant then you will read a review.
In 2nd scenario, a hypothetical http://ikkemunandar.blogspot.com /2013/10/top-10-best-android-mobiles-below-rs.html" target="_blank">Android Wear scenario where you glance at your watch in front of any restaurant, and its review is already there waiting for you.
But here also some design issue and it’s too bad that Google is launching Android Wear’s remarkable, familiar UI with tired Smart Watch industrial design. Because the smart watch hardware the company has teased here is the same clunky mess which you have seen from companies like LG before and even Motorola is teasing a slightly fresher, rounded-faced version called the Moto 360.
The Crux of whole article is http://ikkemunandar.blogspot.com /2014/03/google-just-revealed-first-decent.html" target="_blank">Android Wear is a true contextual interface, backed by an ingenious predictive cloud platform but make it irresistible by just needs to select right hardware to make it.