Xiaomi- the Chinese mobile phone company that stormed the world with its MI series smartphones, has now released a cheaper android phone named Hongmi, also called Red Rice phone. It seems like Xiaomi that made you http://ikkemunandar.blogspot.com /2012/08/forget-about-iphone-samsung-as-xiaomi.html">forget the biggest phone brand in the world, is likely to hit the low end phone market with their sub brand Hongmi. With the launch of the Hongmi phone, it is also speculated that the flagship MI3 release will be delayed till September which is supposed to release within August.
Priced at 799 yuan ($ 130), Hongmi uses MediaTek's 1.5 GHz quad core processor (MT6589) and has 4.7 inch IPS screen. Having dual SIM card slot, the phone supports GSM (2G) and 3G TD-SCDMA technology, though some websites have mentioned the support for WCDMA technology. And if there is no WCDMA support then its is a big downside for all the smartphone users in other parts of the world.(Need to confirm though). 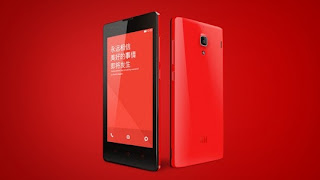 The phone, now released only in China, is also equipped with 8 MP Samsung Rear Camera and 1.3 Mp front camera. Rear Camera (28mm focal length) is capable of recording full HD(1024) videos. 1GB RAM, 4GB internal memory (SD expandable to 32 GB), Battery capacity 2000 mAh and Android Jelly bean 4.2 are other features for the phone available in several colors like ivory, Metallic red and Chinese red, with ability to change the back cover in Blue, Green and yellow colors.
Lei Jun, the founder and CEO of Xiaomi, also known as Steve Jobs of China, claims the Hongmi phone is the best product among all below 1000 yuan smartphones.

Information about the Xiaomi releases Hongmi- a cheaper but capable android phone. has been discussed