Samsung Galaxy S4 vs BlackBerry Z10: Which Phone is Right for You?

Samsung Galaxy S4 vs BlackBerry Z10: Which Phone is Right for You? 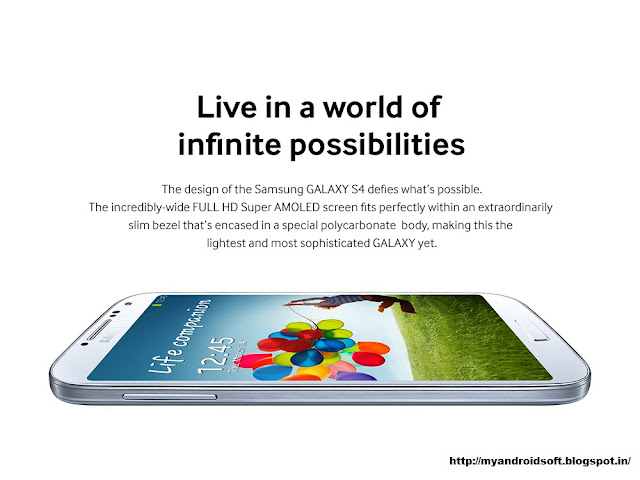 The Samsung Galaxy S4 has finally been unveiled. But its debut comes just days before the BlackBerry Z10 is set to hit the U.S. So how do the two phones stack up?

Processor
These are a bit harder to compare, as it seems likely the Galaxy S4 will come in two different versions, each with a different processor, and we're not sure which version is for the American market (though it's likely the Qualcomm).

The S4 will have an impressive eight-core Exynos 5 Octa processor, though some versions may run a more standard Qualcomm Snapdragon 600, about equivalent to the 1.5GHz dual-core Snapdragon S4 in the BlackBerry Z10.

Storage
The Galaxy S4 has up to 64 GB on internal memory and an SD card slot that can accommodate up to another 64 GB. The Z10 has only 16 GB of internal memory, but the SD slot is the same as the S4. Few people need a ton of extra memory on their phone, so it's not that important.

Operating System
The Z10 comes with the totally revamped BlackBerry 10 operating system. Most reviews say BB10 is an excellent debut, and very polished for a first effort. BB10 also has fewer apps available than Android, and the ones that are on offer sometimes don't live up to the Android counterparts. But BlackBerry loyalists who miss BlackBerry Messenger should love its newly updated features, such as video calling.
The Galaxy S4 will come with Android 4.2.2 Jelly Bean, the latest current build. But Key Lime Pie is due out soon, so fans are hoping the S4 will be fast-tracked for an upgrade.

Camera
The Z10 has a typical 8 megapixel camera. It's good. The Galaxy S4 boasts a 13 megapixel rear-facing camera and the ability to take photos and video with both cameras at the same time.

Price
The Z10 will cost $199 with a two-year contract on AT&T, Verizon or T-Mobile. An unsubsidized, no-contract Z10 just dropped to $689. There's no word on the price for the Galaxy S4 yet, though $199 with a two-year contract is a possibility. But $249 or even $299 wouldn't be surprising either.
In the end, the BlackBerry has lucked out. The Galaxy S4 is more of a slick update to the S III, not a complete rebuild, so anyone with a S III now may not feel like they're really getting a new phone. While the Z10 falls short of the S4's specs in several places, most of the S4's bells and whistles aren't dealbreakers. And the Z10 is probably cheaper.
So if you're a BlackBerry loyalist from back in the day, or you just want to try something new, the S4 shouldn't prevent you from getting a Z10. If you want bleeding edge tech, the S4 is where it's at -- for now. 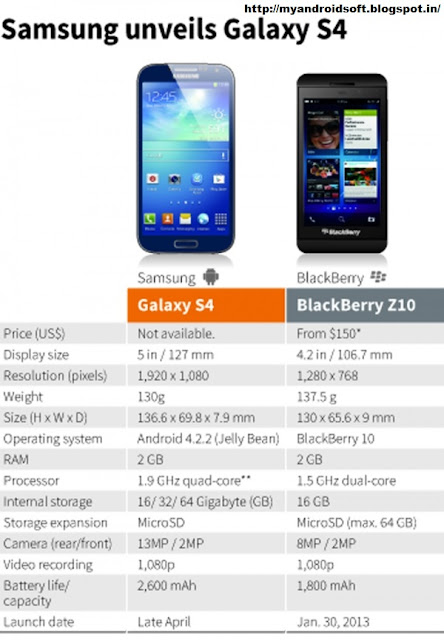 Information about the Samsung Galaxy S4 vs BlackBerry Z10: Which Phone is Right for You? has been discussed

Related : Samsung Galaxy S4 vs BlackBerry Z10: Which Phone is Right for You?