The ethically questionable Chinese smartphone maker GooPhone is at it again with another iPhone knockoff, an “iPhone 5S” that runs … Android 4.1 Jelly Bean.
The “i5S” looks almost exactly like an iPhone 5 and, presumably, the next iPhone, given that Apple tends to iterate iPhone industrial design every other year. That’s where the similarities end, though.
Inside, you’ll find a 1.GHz Mediatek MT6577 and 512MB of RAM. Its 4-inch display is a mere 854 by 480 pixels, compared to the iPhone 5′s glorious 1136 by 640 specs. Don’t look for an 8 MP shooter, either. This knockoff’s got a 5 MP rear-facing camera paired with a 1.3 MP video-chatting camera. It doesn’t support 4G LTE, either.
It runs Android Jelly Bean, heavily skinned to look iOS-like.
If you recall, GooPhone previously copied and reportedly patented the general design of the iPhone 5 prior to its launch.
AndroidSale posted a video hands-on with the device, which it sells at a discounted rate of $99. Want one? You’re already too late. It’s out of stock at the moment. 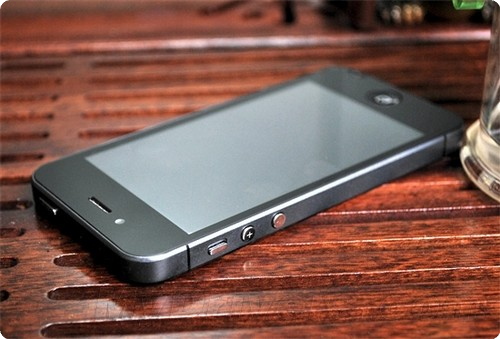 you can search for goophone more images in Google. or visit this site again :)

Information about the Chinese mobile same as iPhone 5S Runs on Android 4.1 has been discussed