BlackBerry Has An App Problem With the Z10 and BB10

BlackBerry Has An App Problem With the Z10 and BB10

As it stands, the BlackBerry 10 platform has all the right building blocks you would expect as part of the core OS and firmware. It has a browser that renders the web as good as Chrome or Safari. It has the requisite communication tools in email and texting, and alongside these it integrates the major social networks in a workmanlike fashion. PDA functions are all available and sync with the major options in the cloud.
If Apple or Samsung released the BlackBerry Z10, everyone would call it boring. But those two companies probably wouldn't have introduced a device with such fanfare. BlackBerry, of course, had no choice.
For a consumer device, the BlackBerry Z10 reaches the baseline, and while it takes a little getting used to, a week or so with the smartphone and the main gestures that replace a hardware key for navigation become intuitive and easily remembered. 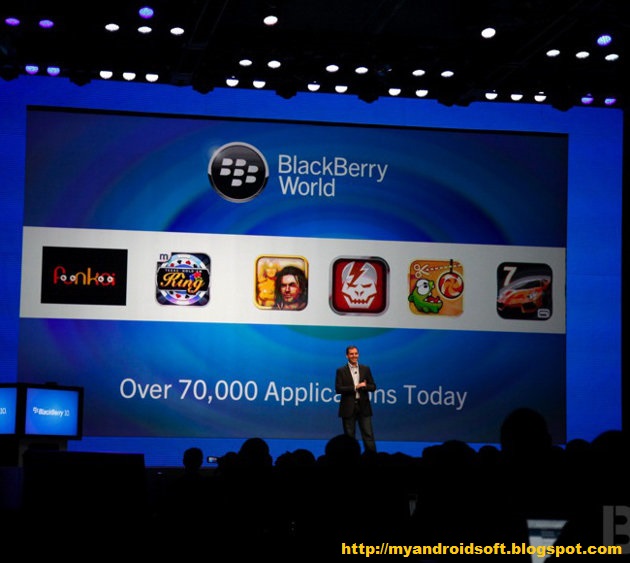 What I would regard as the ‘first wave’ of apps that would likely be installed (apps such as Facebook, Twitter, LinkedIn, and FourSquare) are pre-installed, and all work with the system. Because of the nature of the OS, these apps behave far more like Android apps than BlackBerry apps. But they are in the handset out of the box, and because of that you’re looking at the majority of consumers being able to do the vast majority of tasks they want to do the second they switch on the handset.
BlackBerry (BBRY), the company that created some of the greatest mobile devices before the smartphone revolution, has had some comical lows over the past five years. Its new Z10, which AT&T (T, Fortune 500)and Verizon (VZ, Fortune 500) will soon start selling to U.S. customers, is an improvement. But it's not a savior for the struggling company.

That’s an important milestone, and one that BlackBerry should be applauded on. The fact that porting Android apps to BlackBerry is a trivial matter is a big win of you are looking at marketing through the volume of apps on the device.
But the apps don’t feel at home in my Z10. When you look at apps on iOS and especially on Windows Phones, the applications are clearly part of a certain OS, work in specific ways that are part of that OS, and they all have a similarity that makes them welcoming. I don’t feel that at the moment with the Z10.
I am glad that I have access to a number of important apps, but the issue BlackBerry will have is twofold. The first is that by relying on Android ported apps, the cohesive look of the OS is diluted. Some may see that as a fair trade, but it only works if you can get enough applications into the ecosystem. Which is the second issue.
Right now everyone could probably rattle off their three favourite mobile applications, and they would not all be on the BlackBerry platform. Instagram, NetFlix, Pandora, and Spotify spring to mind. For some people these are insignificant apps, for others they are game changers. Without them, they’re not going to consider the new BlackBerry platform.
I’ve already been in a situation where a platform has a promising OS that can be built on, that delivers a solid experience with the initial tools, and has the first wave of third party apps. Then you have to wait to see if developers will commit to the platform. Buying in to the platform at an early stage of its life (and more than likely buying in with a two year contract) is a big risk. Are you backing a company that has enough capital that it can get those developers on board, to develop the apps in a timely manner, in a way that is comparable to what is already available on other mobile platforms.
Microsoft has deep pockets, and even with a three year run on Windows Phone there are still gaps in the Windows Store of ‘important applications’. I have to ask myself if BlackBerry will be able to do a better job than Microsoft? As the Blackberry Z10 gets ready to launch in America, Windows Phone holds around 3% of the market. What can BlackBerry do differently, with less money, less resources, and less time?
Apart from ride on the coat-tails of Android… 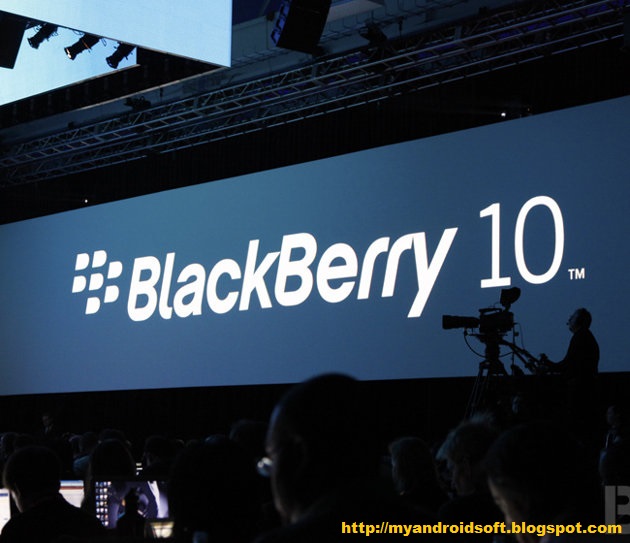 The hardware is totally fine. It's one of the most perfectly proportioned phones as far as weight, thickness and screen size are concerned. But it's not better in any way than the best phones.
The design is clean and attractive in an understated way, but not exciting in the same way a phone like the HTC One is. The battery can get you through the day under moderate use, but it's not extraordinary. The 4G LTE is fast, and call quality is fine. But pretty much all phones do that well now.
The 1280x768 display is good, but every other top phone packs a pixel-dense, Retina grade display. The camera is respectable, but its abysmal low light performance means that it doesn't hold a flame to the camera found in Nokia's (NOK) Lumia 920.
And its brains -- a 1.5 GHz dual-core processor coupled with 2GB RAM -- is already a generation behind what's been announced by rivals so far this year.
Related: BlackBerry 10 feels a generation too late
BlackBerry needed a phone that could stand up against any other new device. But this is not a flagship phone. It's a device anyone else would be giving away for free with a two-year contract by the end of the year. And for BlackBerry, that obviously is not enough.
Still, even if the Z10 had the latest and greatest hardware, it would only be part of the equation.
Since BlackBerry maintains its own operating system, the company should be able to differentiate itself through software-centric design and features.
BlackBerry certainly improved its platform this time around, but even with the addition of its best new features, the update feels conservative. It's as if the company is wary of alienating its existing user base of corporate and government devotees.
So it doesn't matter that the new BlackBerry Hub feature is a wonderful way to keep track of every social network, messaging service, and communication platform in one fell swoop.
Nor does it matter that the new BlackBerry 10 operating system has one of the best multitasking solutions since Palm's ill-fated webOS -- which BlackBerry borrows generously from. No matter where you are in the OS, you can swipe up and you are taken to the home screen, where all your open apps are represented by tiles.
The problem is there are no apps you're going to want to use.
Sure there's Facebook and Twitter. But those are standard at this point. Foursquare? Increasingly irrelevant. LinkedIn? Zzz. Angry Birds? Please tell me you aren't still playing that.
Related: BlackBerry stock back from dead (for now) with Z10
Rdio is said to be developing a BB 10 app, but it's still nowhere to be found. You won't find any other major streaming entertainment services like Spotify, Soundcloud, Netflix or Hulu either.
Even the stock BlackBerry apps disappoint.
The browser is slow, unintuitive and unattractive. And while it functions well enough to get you the info you need, it's not a frictionless enough experience that you'll fire it up like it's second nature.
And remember how mad iPhone users were with that awful maps app? Spend five minutes with the one in BB 10 and Apple Maps will seem like a navigational oasis. And there's no Google Maps to choose as an alternative.
Despite these criticisms, the one thing BlackBerry can be proud of is its new keyboard. It's the best available on any mobile OS. The keys are well spaced and touch detection is as accurate as it gets.
The predictive text feature, which allows you to flick words up to the text entry field, is initially awkward to use, and slower than just typing. But it picks up on some of your conversational habits over time. If there are phrases you use regularly enough, you can construct entire sentences without typing a single letter.
Yet here's the problem. The keyboard is geared most towards BlackBerry's loyal core of technological Luddites who have been terrified of touchscreens for the past few years. The rest of the world has more or less adapted to touchscreen typing.
While Google (GOOG, Fortune 500) and Apple (AAPL, Fortune 500) have been feverishly collecting data and acquiring tech firms working on cutting-edge technologies so that they can build out features like Google Now and Siri, BlackBerry has been obsessing over a keyboard and seemingly nothing else.
And ultimately, that's the biggest reason to steer clear of the BlackBerry Z10. Everything may be functional, but nothing feels truly fresh or exciting. 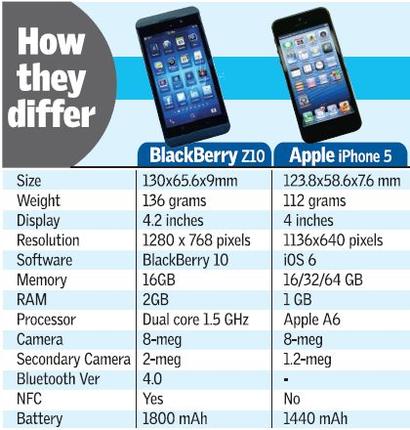 Related : BlackBerry Has An App Problem With the Z10 and BB10