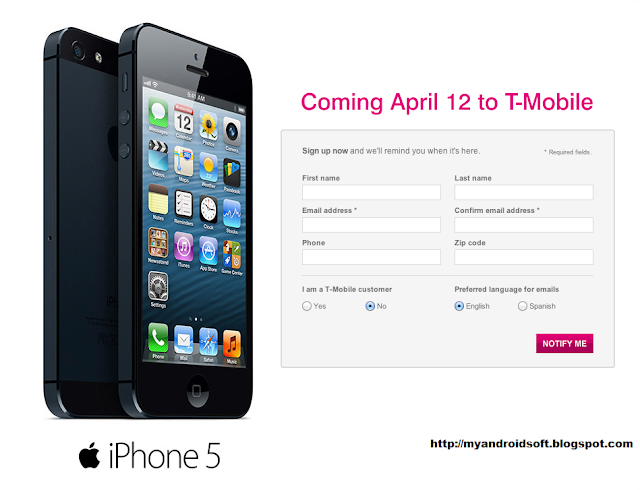 For years T-Mobile has been the odd man out when it comes to offering the iPhone in the U.S. Not anymore: Today T-Mobile, billing itself as the “Uncarrier,” announced it would begin selling the iPhone 5 on its just-launched 4G LTE network beginning April 12.
T-Mobile is selling the iPhone starting at $99 up front, no contract, followed by 20 months of $20 payments on top of monthly pre-paid data plans. This is a sharp contrast to AT&T, Verizon, and Sprint, which all require two-year contracts after you purchase a subsidized iPhone. You can also purchase the iPhone at full price on T-Mobile and nix the $20 monthly fees.
In addition to the iPhone 5, T-Mobile will begin selling a number of other big-name 4G devices: the Samsung Galaxy S4, BlackBerry Z10, Samsung Galaxy Note II and HTC One. T-Mobile will also begin selling its own wireless hotspot, the Sonic 2.0 Mobile HotSpot LTE.
T-Mobile’s 4G LTE network will debut in seven major markets: Baltimore, Houston, Kansas City, Las Vegas, Phoenix, San Jose, and Washington, D.C. It will cover 100 million Americans by mid-year, and double that by the end of 2013.
T-Mobile’s announcement wasn’t entirely unexpected. Deutsche Telekom, T-Mobile’s parent company, confirmed in December that T-Mobile would begin selling Apple products in 2013. The carrier also announced that it would launch its 4G LTE network this year. And a report Monday indicated that the iPhone would play a prominent role in today’s “Uncarrier” event.
The iPhone originally launched as an exclusive with AT&T in 2007. Verizon began selling the iPhone 4 in January 2011, and Sprint began selling the iPhone with the launch of the 4S in uphill battle to retain subscribers. The carrier hopes that its “different” approach to selling Apple’s flagship handset — that is, with no contract and no subsidy, with customers merely making a small initial payment paired with charges on top of their monthly service plan.
Is it too little too late? Time will tell, but with each new iPhone that’s announced, it anecdotally seems that more and more are defecting from AT&T to Verizon and Sprint. Now T-Mobile can get a piece of that action, too. 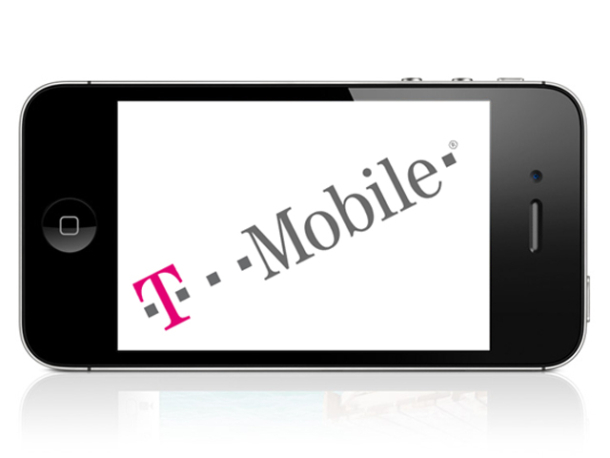 T-Mobile’s new iPhone 5 – which is launching on the “uncarrier’s” network on April 12th – is the same model of the iPhone 5 that AT&T customers currently enjoy, except that it will be newer and feature AWS (or Advanced Wireless Services), a newer set of frequencies that T-Mobile is using for its LTE network.
T-Mobile’s version will have the same A1428 model number that AT&T offers, however, starting with the launch of T-Mo’s new contractless data and voice plans, the A1428 will be a new, tweaked version to allow it to run on AWS. AT&T’s A1428 doesn’t have AWS enabled, so even though the device will have the same model number as the current GSM for North America iPhone 5, it will by a physically different phone, at least internally.
Apple representatives confirmed to Engadget that enabling AWS is done at the hardware level and is not something that can be attained via a software patch or download. It also confirmed that all A1428s going forth would have AWS enabled, including those for AT&T, though if AT&T doesn’t enable it on its own network then its customers wouldn’t see any benefits from the change.
Interestingly, Apple also confirmed that the $99 T-Mobile iPhone 5 will ship totally locked until fully paid for, meaning a user could then easily swap an AT&T LTE-compatible SIM (or one from any other GSM provider) into the phone and still get LTE speeds, making it an attractive option for those who travel globally or have multiple accounts. 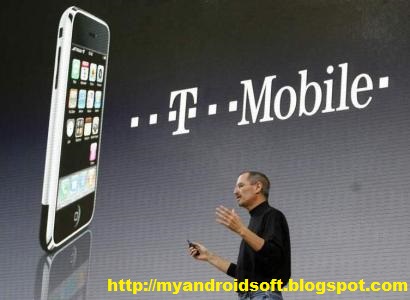