| All About Samsung GALAXY S4 | Samsung’s Galaxy S4 is unveiled on March 14 at Radio City Music Hall in New York. The slim, feature-rich Galaxy S4 was introduced as Samsung’s new champion in the fiercely competitive smartphone arena, scheduled to roll out in 155 countries in late April.

| All About Samsung GALAXY S4 | Samsung’s Galaxy S4 is unveiled on March 14 at Radio City Music Hall in New York. The slim, feature-rich Galaxy S4 was introduced as Samsung’s new champion in the fiercely competitive smartphone arena, scheduled to roll out in 155 countries in late April. 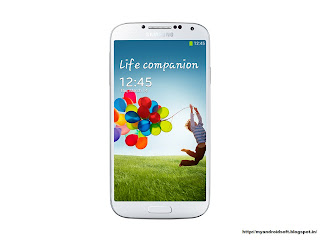 NEW YORK — Samsung Electronics is ratcheting up its rivalry with Apple with its new Galaxy S4 smartphone, which has a larger, sharper screen than its predecessor, the bestselling S III.
Samsung trumpeted the much-anticipated phone’s arrival Thursday at an event accompanied by a live orchestra while an audience of thousands watched the theatrics unfold on a four-level stage at Radio City Music Hall. Summoning up a touch of Broadway, Samsung employed 17 actors to demonstrate the new phone’s features in a series of scripted vignettes. 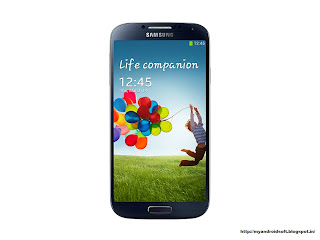 The Galaxy S4, which crams a 5-inch screen into body slightly smaller than the S III’s, will go sale in the U.S. sometime between the end of April and the end of June.
In the U.S., it will be sold by all four national carriers — Verizon Wireless, AT&T, Sprint Nextel and T-Mobile USA — as well as by smaller ones US Cellular and Cricket. All told, Samsung plans to offer the Galaxy 4 S through 327 carriers in 155 countries, giving it a wider reach than Apple’s iPhone 5.
Samsung didn’t say what the phone will cost, but it can be expected to start at $200 with a two-year contract in the U.S. That’s comparable to the iPhone 5.


JK Shin, the executive in charge of Samsung’s mobile communications division, promised the money would be well spent for a “life companion” that will “improve the way most people live every day.”
That bold promise set the tone for the kind of flashy presentation associated with the showmanship of Apple, the company that Samsung has been trying to upstage. Apple contends Samsung has been trying to do it by stealing its ideas — an allegation has triggered bitter courtroom battles around the world.
In the last two years, Samsung has emerged as Apple’s main competitor in the high-end smartphone market. At the same time, it has sold enough inexpensive low-end phones to edge out Nokia Corp. as the world’s largest maker of phones.
The Galaxy line has been Samsung’s chief weapon in the smartphone fight, and it has succeeded in making it a recognizable brand while competitors like Taiwan’s HTC Corp. and Korean rival LG have stumbled. Samsung has sold 100 million Galaxy S phones since they first came out in 2010. That’s still well below the 268 million iPhones Apple has sold in the same period, but Samsung’s sales rate is catching up.
Research firm Strategy Analytics said the Galaxy S III overtook Apple’s iPhone 4S as the world’s bestselling smartphone for the first time in the third quarter of last year, as Apple fans were holding off for the iPhone 5. The iPhone 5 took back the crown in the fourth quarter.
One way Samsung and other makers of Android phone have been one-upping Apple is by increasing the screen size. Every successive generation of the Galaxy line has been bigger than the one before. The S III sported a screen that measureS4.8 inches on the diagonal, already substantially larger than the iPhone 5’S4-inch screen. The S4’s screen is 56 per cent larger than the iPhone’s.
In a Wednesday interview, Apple marketing chief Phil Schiller declined to discuss whether Apple is considering enlarging the screen on the next model of the iPhone, which is expected to be released later this year. He said Apple remains confident that the iPhone 5 is the most useful and elegant smartphone available, hailing it as “the most beautiful consumer electronics device ever created.”
Samsung believes the S4 will set the new standard.
Apart from the larger screen and upgraded processor, the S4 has a battery that’s 20 per cent larger than that of the S III. Samsung didn’t say if that translates into a longer battery life — the added capacity might be gobbled up by the bigger screen or other internal changes.
The S4 comes with a built-in infra-red diode, so it can control an entertainment centre as a universal remote. This is a feature that has showed up in Android tablets before.
The S4 comes with several new technologies intended to help users interact with the phone. For instance, the screen now senses fingers hovering just above the screen, and some applications react. The Mail application shows the first few lines of an email when a finger hovers above it in the list, and the Gallery application shows an expanded thumbnail.
Users can control some other applications by making gestures in the air above the phone. In the browser, you can command the screen to scroll up by swiping from top to bottom a few inches from the phone.
The Camera application can now use both the front and rear cameras simultaneously, inserting a small picture of the user even as he’s capturing the scene in front of him.
When several S4s are in close proximity, they can link up to play the same music, simultaneously — perfect for headphone dance parties.


The Galaxy S4 also will include a tool that enables users to create a dividing line so part of the phone is devoted exclusively to work while the other part is filled with personal information and photos. The feature is similar to a function on the latest BlackBerry — an indication that Samsung is going after other smartphone makers besides Apple with its latest model.

The new features illustrate Samsung’s drive to make its phones stand out from the crowd of Android smartphones. Jan Dawson, an analyst with Ovum, said they could be seen as “gimmicks rather than game changers.”
“At this point, Samsung appears to be trying to kill the competition with sheer volume of new features — there should be something here for everyone, even if most of these new features won’t be used by most users,” he said.
While the event in New York was going on, Samsung Electronics Co. kicked off its annual meeting in Seoul. CEO, Kwon Oh-Hyun, told the audience that he expects slow growth in the global consumer electronics market, except in smartphones, where sales are still zooming.

Information about the | All About Samsung GALAXY S4 | Samsung’s Galaxy S4 is unveiled on March 14 at Radio City Music Hall in New York. The slim, feature-rich Galaxy S4 was introduced as Samsung’s new champion in the fiercely competitive smartphone arena, scheduled to roll out in 155 countries in late April. has been discussed

Related : | All About Samsung GALAXY S4 | Samsung’s Galaxy S4 is unveiled on March 14 at Radio City Music Hall in New York. The slim, feature-rich Galaxy S4 was introduced as Samsung’s new champion in the fiercely competitive smartphone arena, scheduled to roll out in 155 countries in late April.